I always love to watch Astro Disney Channel because lots of very nice cartoons. When Mommy Jane said we are attending a Disney premier movie named "The Lion Guard", I felt so excited and wanted to be the first to watch it. Here I am at the Marmalade Cafe which located at Bangsar Village II to be with other family bloggers. 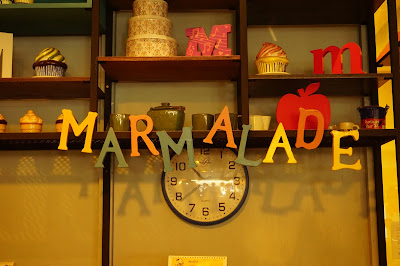 When we arrived at the cafe, we had to do a registration first where each of us were given an animal stickers and wrote out names there. I choose Fuli, the Fastest and confident Cheetah coz' I want to be like her. Confident and pretty animal.
Then we made our own Kion, the fierest lion's hat to wear at the cafe. 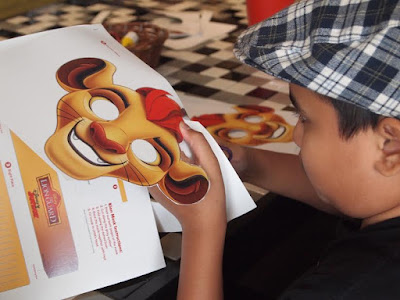 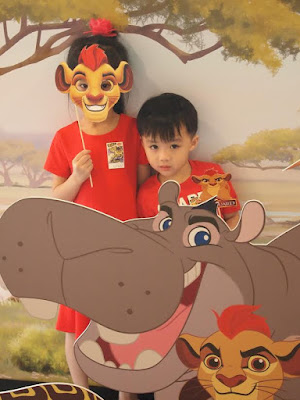 It is nicely decorated with helium gas balloon. Red and orange, the theme colour of the movie cartoon. 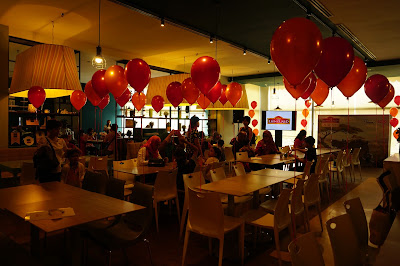 I saw my favourite soft toys of the characters of The Lion Guard were there and my youngest Ti Ti love it too. Aunty Sophia said all the soft toys will be given out as prizes. To win this, I had to answer a question. To ensure I can have one of it to give to my youngest Ti Ti, I had memorised all the characters of the cartoon and watch the movie tentatively so that I can answer it.
Set in the African Savanna, The Lion Guard follows the adventures of Kion and members of the Lion Guard. Traditionally, it might comprised of the bravest and strongest lions in the Pride Lands but however, Kion, the second-born cub of Simba and Nala, defies the tradition by calling some of his friends who typically wouldn't have made the cut.
Kion's best friends are Bunga - a fearless honey badger, Ono - an intellectual egret, Fuli - a confident female cheetah and Beshte - a friendly and good-spirited hippo. The newly formed Lion Guard is a rag tag group of unlikely heroes united in their purpose to protect the Pride Lands. Throughout the series, the team will learn to utilize each of their unique abilities as they face new adventurers in upholding the balance within the Circle of Life.
In anticipation of the series launch, the search is on for kids across Southeast Asia to showcase their very best lion roars campaign on the Disney Channel Asia Facebook. So, if you think you had the perfect roar, then submit your video and it will be aired on Disney Channel during the premier. Good luck, everyone. 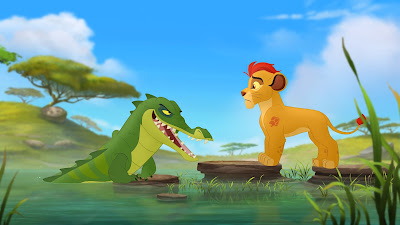 The Lion Guard features an all-star voice cast which includes James Earl Jones and Ernie Sabella reprising their memorable roles from The Lion King as Mufasa and Pumbaa, respectively, alongside Rob Lowe as Simba and Gabrielle Union as Nala. Max Charles stars as Kion. The voice cast also includes Joshua Rush as Bunga, Atticus Shaffer as Ono, Diamond White as Fuli and Dusan Brown as Beshte. 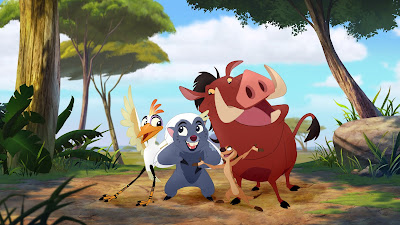 Do remember to catch The Lion Guard, a brand new television series premiering 17 April 2016 at 10.30 am on Disney Channel (Astro Channel 615) in Malaysia. Watch how Kion, the role leader of the Lion Guard resumes his leadership for a team of animals tasked with preserving the Pride Lands. 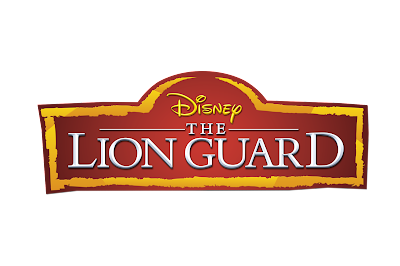 After the premier, Aunty Sophia started to gave us some questions on the characters of each animals in the team. I'm so happy coz' I knew all the answers of the questions but I was not given a chance to answer it coz' too many kids who raised their hands too. A bit sad for me as all the soft toys were taken away but to cheer those that did not win, all the kids which include me were given an attractive limited edition Disney The Lion Guard goodie bag. Yeah...
Thanks to Disney Channel, Aunty Sophia, Aunty Janet, Aunty Jessica and Aunty Yee Yee for inviting me and my siblings to watch the premier of Disney The Lion Guard. I enjoyed watching the show, the very nice food served, the activities and goodie bags arranged for all of us. Hope to see all of you next round.